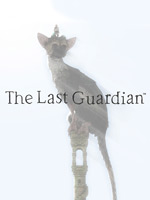 At E3 2016 we met Fumito Ueda, the creative mastermind behind games like ICO or Shadow of the Colossus. With The Last Guardian being officially announced for PlayStation 4, the whole gaming world is expecting nothing less than another spectacular adventure. We wanted to know for example how the big beast named Trico behaves and when Fumito Ueda would consider the game to be successful.


You once described "cruelty" as the main underlying theme of Shadow of the Colossus. How would you describe the main theme of The Last Guardian?

As we started the development of the game quite some time ago I have to refresh my memory and think about what the theme is.It is quite hard to describe it in one word. Even in Japanese I am not sure which word I would choose. I would describe one part as “not complex” and another part as “accessible”. Why I say that is, up until that point with most games you are playing the main character and you have to do a lot of things in the game, everything is up to you.

I wanted to create a game that is not that type of experience. But rather a game where you have that partner character and therefore assistance to help you to get through obstacles or defeat enemies for example. In The Last Guardian Trico is really helping the young boy but you have to team up and combine their abilities in order to proceed.

About Trico’s Artificial Intelligence: How much autonomy does he have and are his actions scripted?

We really tried to minimize the amount of scripted moments because we want Trico to be a very independent character. Once his collar comes off in the beginning of the game Trico is independent in his actions and movement. Obviously there are situations where Trico needs to jump very high and areas where you know for sure that it cannot be done unscripted. Nevertheless, we want his movement and behavior to feel very natural.

So there is an internal parameter or scale depending on you and whatever actions you take as the young boy. There could be slight changes for a range of different kinds of reactions for Trico but that does not ultimately change the course of direction for the story. It is not that drastic or branched. But it is possible that for the one player there is a situation where Trico doesn’t want to follow the boy and for another player in the same situation Trico does follow. So there is this kind of variety and a small range of different reactions you might get. But it is not going to stop the progress of any game scenario or story progress.

Could you describe an example where Trico doesn’t bend to the players will?

I can give you two examples. There are glowing barrels that Trico loves to eat as a snack. When these are in front of Trico that’s the only thing it wants. No matter how hard the young boy tries to gesture, Trico won’t react. So you have to figure out a solution how to get his attention back. The other example is that there might be situations or things that Trico dislikes. But you have get through that and need to figure out how to lead Trico or how you could work together to get through those passages.

Who is the second animal in the latest trailer?

At this point you can interpret for your own, we want to leave it up to the player’s imagination.
Anzeige