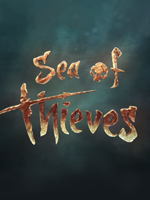 This content update introduces and showcases a raft of new features that will persist in Sea of Thieves beyond Merrick's story and its time-limited campaign. 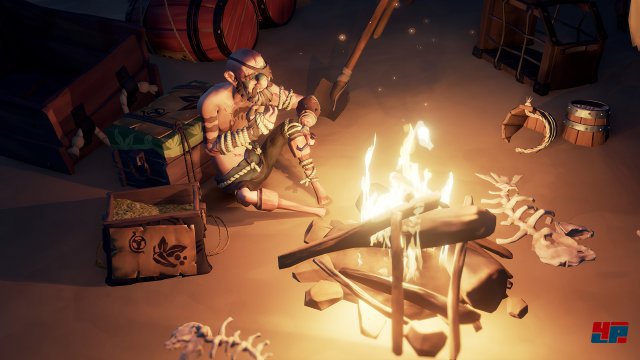 - Bilge Rats - To stay in the know as to what is changing in the Sea of Thieves, visit the Bilge Rat character in the taverns to discover what time-limited events are active. Whether it’s The Hungering Deep or future events, this is the place to go!
- New Threat - Something old, vast and hungry is surfacing. Follow the trail of riddles and rumours. We hope you live to tell the tale.
- Speaking Trumpet - Parley! Let other ships know if you are friend or foe with the new Speaking Trumpet, making yourself heard from longer distances. The first Speaking Trumpet is obtainable through The Hungering Deep campaign, but purchasable variants will be arriving in the shops in the near future.
- Ship's Flags - Want to sink and plunder, or seek allies to adventure with? Let your intentions be known with new flags which can be raised high above your ship! Climb up to the crow's nest and decide which to raise.
- Drum - BOOM! Pirate percussionists (inspired by Merrick himself) can now be heard all across the seas. The first drum is obtainable through The Hungering Deep campaign, but purchasable variants will be arriving in the shops in the near future.
- Tattoos - Many pirates wanted them and now they are here! Check out the vanity chest for 16 sailor tattoo sets and visit the clothing shop on outposts for stocks of four purchasable tattoo sets.
- Scars - What enemies have fallen to your pirate might? Scars earned through campaigns and events such as The Hungering Deep will allow you to tell a story of your pirate's history and adventures. These are not purchasable, they must be earned.
Customisation Variety
- Shark Hunter Figurehead, Sails, Hull & Flag - With the strange increase in shark activity in the seas, shark hunting is on the rise! Shipwrights have caught on early to this trend and now stock a new figurehead, sail, hull and flag.
- Sailor Sail Tints - Want a splash of colour on your ship but don't have the coin? Those Shipwrights are impossible to bargain with. Sailor colour variants for you more cost-conscious pirates are now being stocked. These include Black, Grass Green, Royal Blue, Red and Yellow.
- Majestic Sovereign Clothing - If it's time to freshen up your look, check out the new Majestic Sovereign set in the clothing shop, it may tickle your fancy! Remember stock is different from outpost to outpost, so you may want to check the Ancient Isles.
- Item Colour Variants - Purchased the Grand Admiral, Castaway Bilge Rat, Ruffian Sea Dog or Imperial Sovereign clothing sets but want matching items? Now they are here! Shipments have arrived at the equipment shops on outposts.
- Pirate Legend Dress - We heard feedback from our Pirate Legends that in the approach to summer, a breezy alternative to the existing Legendary attire would be appreciated. Future Pirate Legends will automatically be awarded this dress, and existing Pirate Legends can grab it in the Hideout for free.
- Ghost Dress - Arriving in the same shipment as the Pirate Legend Dress, pirates can now complete the Ghost set with the dress, stocked in the Pirate Legends Hideout clothing shop.
- Pirate Legend Flag - Are you even a legend if you don't have a flag to say so? Some say not. Rush to the Shipwright in the Pirate Legends Hideout to get yours!"
Updates

- Pirate Preview Camera - The daily dilemma for every pirate, what to wear?! Make that an informed decision with the new animations within the clothing and vanity chests. These new animations will bring focus to the area you are currently equipping. Imagine a pirate lifting their leg when equipping a peg leg... you get it!
- Loading Screen - In case too much grog has made some pirates forget... the loading screen imagery has been updated to highlight The Hungering Deep campaign.

- CPU performance has been improved when loading objects.
- Further improvements and optimisations for all platforms are ongoing.

- Permanent black loading screens will no longer be encountered when returning from the Ferry or using the mermaid.
- Leaving and returning to the ship will no longer remove the tool-tip to unload cannons which are loaded.
- Upon starting a Merchant Contract or Bounty Voyage, the UI message will correctly state "Quest Received" rather than "Maps Discovered".
- Coral and plants will no longer appear to pop in when approaching the reef near Fools Lagoon.
- Light will no longer appear to flicker underneath the large eagle rock on Plunder Valley.
- Upon spawning at an outpost, an issue has been resolved which would occasionally cause the crew's Galleon to be missing.
- Resolved a known cause of some player disconnects.
- Multiple server and client crash fixes.
- Customer Support have resolved all known players who were missing downloadable content in-game. If you are still experiencing this, please refer to this Support Article, and if you still cannot find your items in-game, please raise a support ticket.

- Washed-up items, including messages in bottles, are still disabled.
- We are working on getting these switched back on as soon as possible.
- Dropping Skeleton Fort keys in water can prevent them from being picked up again.
- Athena's Fortune Bounty Quest skeletons are sometimes unable to be found.
- We are working to resolve issues on the reported islands: Plunder Valley and Thieves' Haven. If you encounter this issue, please submit a bug report to our Player Support Team with as much detail as possible on your location."

The Hungering Deep is now LIVE! Gather your crew, take to the sea and discover what awaits you. Good luck pirates, you're going to need it! View the full release notes here: https://t.co/mskY0MoZLq pic.twitter.com/moW6Xbtp9B