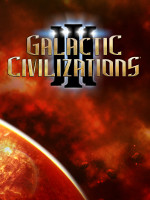 "We haven't forgotten about the hundreds of thousands of players who are still enjoying the base game", sagte Stardock CEO Brad Wardell. "The entire underlying system in Crusade was re-written to support the new economy in the expansion. Since the base game keeps the same system it's had, we simply made some adjustments and improvements to the diplomacy, balance, and pacing of the game to make it substantially better than it was in v2.1."